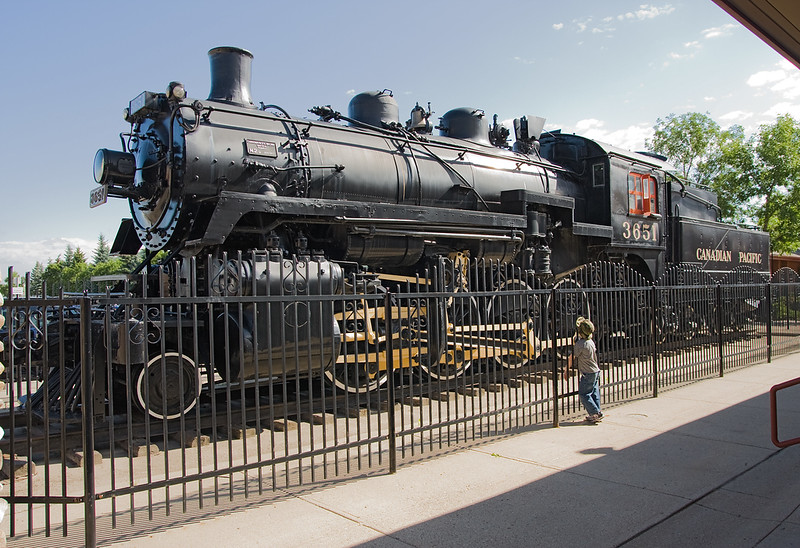 The site of the old CP Rail station in Lethbridge, Alberta is now a mall. To the right of the camera is the old station house. The round house is where the mall is now. Too bad the fence was around the locomotive as I would have liked to have gotten a better photo.

Normally I would place photos of steam locomotives that where 'alive' but I think it still belongs in this gallery.